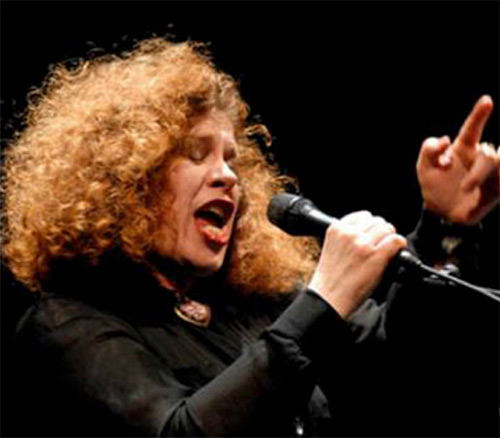 These have been such strange times these last few years and it’s been hard to make contact with many of you. I am hoping to goodness that you are starting to come out of this lockdown in good health, mental and physical. If you have lost loved ones in this period, I send you my love and commiserations. It’s almost impossible for us to come out of this without some scars.

Just before lockdown I had released an album called ‘Sweet Little Mystery’, which was an album paying homage to the extraordinary Scottish singer songwriter, who had died aged 60, far too young. This was a project I undertook with my righthand man Tony Remy one of the country’s foremost guitarists. We arranged 11 of Johns songs and recorded them at ‘Echo Zoo’ studios in Eastbourne. The band was Tony Remy, Tim Cansfield, Henry Thomas, Martyn Barker and Jason Rebello. My friend Sally Herbert (from my Communards days) arranged the strings for ‘Call Me’ and Jason Rebello arranged the strings for ‘Couldn’t Love You More’.

Here is the video about the making of the album:

Here is the video for ‘Couldn’t Love You More:

Here is the video for a duet of ‘May You Never’ with dear friend Eddi Reader.

After we recorded the album, we applied for an Arts Council Grant to help take this project to the next level. We were awarded the grant on my 60th birthday, which was rather a good present. With Rod Morris I went around the country filming friends, family and musicians that had worked with John. A dear friend of mine Mark Thomas, an award winning comedian, political activist and lover of music got involved and helped turn the project into a touring show using film, script and song. We got to perform at the John Martyn gathering in Yorkshire where we performed ‘Solid Air’ with Danny Thompson. This was a highlight. Danny had been Johns main musical partner. We toured this show around the UK in May and June and July in 2019 with the band and had brilliant response. We took the show to The Edinburgh Festival and were awarded the LUSH award for best of the fringe. Here is a photo of the award on my wall.

We continued touring the project to Austria, Germany. Italy and were about to start a long tour, on the day lockdown started. As you can imagine it was very frustrating to stop, not long after we’d started, on such a great and rewarding project. My husband, the artists Mark Pulsford (www.markpulsford.com) drew heads of John Martyn on the covers of limited edition white label vinyl, which we have been selling throughout the course of the pandemic. You can order these on my site. 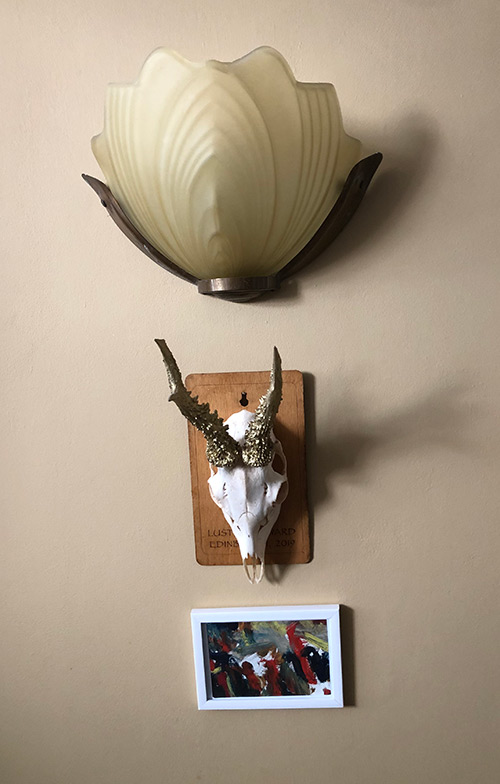 During the last lockdown I recorded two virtual albums. One was with The Solis Quartet, from Naples. Together, yet separately, we recorded an album of strings and voice, doing beautiful renditions of ‘Beatles’ songs. The album is part of the project we have been doing together since last Summer called ‘Who Killed The Beatles’, which is a theatre/music piece with an actor, writer, director, string quartet and myself. The theatre piece is set in a prison cell and a field of rye and is about Mark Chapman, who murdered John Lennon. The album will be released later this year. In July I return to Italy to do several performances of this show in Carpi and Venice to name but a few beautiful cities.

The second virtual album I recorded was with the Italian producer ‘Papik’, with whom I’d worked with, on and off, for years. We decided to take 80’s songs and change them, into either a bossa nova, soul or jazz vibe. We chose songs from ‘Simply Red, Everything But The Girl, Prefab Sprout, Barry White, Tod Rundgren, The Style Council and Bill Withers. We co-wrote three songs for this album. The album is called ‘Let The Music Play’ and will be released in the Summer of 2021. Tony Remy and myself will be touring with ‘Papiks’ band in Italy in July and August and beyond. Here is the link to the first single ‘Missing’.

During these last few months, I’ve been working on a very interesting project, which I hope to have a long life. I’ve been writing songs with my husband Mark Pulsford and Tony Remy paying homage to 10 different female singers that have influenced me. My husband and I have written the lyrics and I’ve written the music with Tony Remy, who has been spending a couple of days a month down in St Leonards, so we can turn the lyrics into songs. The intention is to tell their story in a song that musically could have been written by them. Rod Morris has been filming the writing process and we hope to be in a position to record this in the Autumn. Due to not working for such a long time I am going to need to apply for grants and set up crowdfunders and a patreon page to raise the money to complete this. I hope that like ‘Sweet Little Mystery’, this can become a multimedia show. When we have finished recording this project, we will get straight into writing 10 songs paying homage to 10 male singer songwriters that have influenced me. You get the gist.

This album deals with love, pain, Human Rights, contraception, rape, corruption, honor killings, childhood, homophobia. It should also reflect the humanity of those involved, both of the oppressed and also of the oppressors. Thus our art attempts to illuminate injustice.

This is the video of the making of the album:

This is the animated video for ‘Men Just Want To Have Fun’ cowritten with Tim Cansfield and Johny Brown. The animation was done by Milo Waterfield and the song was donated to The Terence Higgins Trust and Annie Lennox’s charity ‘SING’.

In a parallel project, I collaborated with the extraordinary virtuoso guitarist Antonio Forcione. Our album is called ‘Compared To What’ and includes many co-written songs dealing with love. loss, climate change, the refugee situation, hope, loneliness and the killing of sex workers. Several of the songs have videos.

This is the video that shows the making of the album

Made by my brother Rod Morris, who, as a photographer, has been responsible for the images used on many of my previous albums, and whose recent film ‘The Beautiful Factory’ won an award at the Montpellier International Festival.

Here is a video of ‘Superstition’ by Stevie Wonder. The video is shot down near Waterloo Bridge and features a good friend of ours Paul Moroccos.

This is the video of ‘Comfort Zone’ shot in London and about the killing of sex workers in Ipswich.

Antonio and I are starting to write the follow up album. I will keep you posted. We toured in the UK and Europe, developing our act and fine-tuning the rapport we have achieved together. Our plans include tours to the USA and Canada, and to Australia and Japan. The album came out in 2016.

Yours in music
Sarah Jane Morris